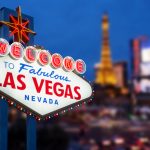 1. Do I have coverage if my flight to Las Vegas is delayed?

Since McCarran Airport temporarily suspended activity after the Las Vegas shooting, travelers with delayed flights could be refunded for food and hotel expenses incurred during the delay, as well as the cost to catch up to their destination.

2. Am I covered if my flight to Las Vegas is rerouted?

If a traveler’s flight is rerouted, they may be able to claim back the additional money they spent to get to their destination, as well as money spent on food and hotels during the delay.

3. Am I covered if my flight to Las Vegas is canceled?

Typically, the airline will reimburse travelers for canceling a flight in this situation. If they don’t, unfortunately, travel insurance won’t cover expenses because the Las Vegas shooting was not considered an act of terrorism by the U.S. Department of State.

4. What if I was traveling to Mandalay Bay for an event during the lockdown? Can I cancel my trip?

Because the Las Vegas shooting was not considered terrorism by the U.S. Department of State, it’s not enough to trigger a cancellation claim.

5. Can I cancel my trip if I am too afraid to visit Las Vegas?

Travelers who have the Cancel For Any Reason benefit can cancel their trip up to two to three days before they depart. However, they’ll only be partially refunded for their trip costs.

6. Am I covered if my travel companion is too afraid to travel to Las Vegas now?

A traveler will not be covered to cancel if their travel companion is afraid to visit Las Vegas. However, airlines have been waiving their change fees, so check with them for the most up-to-date information.

7. Can I be covered to leave Las Vegas early if I no longer want to stay?

A traveler will not be refunded to leave their trip early because of the shooting.

Squaremouth’s Las Vegas Shooting and Travel Insurance Information Center explains travel insurance coverage with up-to-date information for travelers whose trips are affected, including answers to FAQs and statements from providers.