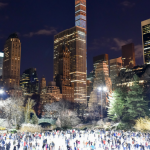 ST PETERSBURG FL, November 15, 2017 — Many travelers going to New York are on edge this holiday season because of last month’s terrorist attack. Travel insurance comparison site, Squaremouth, explains how travel insurance can and can’t help travelers who are worried about terrorism.

Some providers with Terrorism coverage allow travelers to cancel if they feel unsafe traveling to New York in the wake of the terror attack. April Travel Protection may refund travelers to cancel their trip if they are scheduled to arrive in New York within 30 days of the attack.

Travelers with policies purchased before October 31st may be able to cancel their Christmas and New Year’s trips to New York if they purchased the Cancel For Any Reason upgrade. This coverage partially refunds travelers their trip costs if they cancel for a reason that isn’t covered, such as fear of traveling.

Although it’s too late to buy a policy to cover the October terrorist attack, most new policies can provide coverage for a future terrorist attack. However, be aware that around a quarter of policies won’t cover a terrorist act in New York around the holidays because the previous attack occurred within the past 90 days.