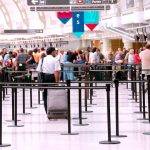 US travellers are increasingly worried about the possible impact of terrorism on their trip, it was reported in a recent study by US online travel insurance aggregator Squaremouth. Following the terrorist attacks in Paris on November 13 and the subsequent Worldwide Travel Alert, the comparison site saw a 17-per-cent increase in the number of policies sold, with a jump of 53 per cent more travellers specifically searching for terrorism coverage since the same period in 2014.

“Following the attacks in Paris, we found that travellers were more interested in purchasing terrorism coverage options for a future trip than they were in cancelling the trip altogether,” said Squaremouth customer service director Jessica Harvey.