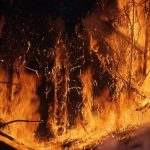 In light of the ongoing deaths, destruction and large-scale evacuations caused by the raging Australian bush fires, Squaremouth has put forward critical cover advice for people travelling to and within the region.

The fires – declared the worst in Australia’s history – have now continuously ravaged the country for over a month, and with Australia’s warmest months fast approaching, many fear that the fires will spread further, combining to become far more severe. As such, many who planned travel to the region may be considering cancelling their trip over safety concerns.

For anyone that has already organised travel to Australia but has yet to buy travel insurance, Squaremouth reports that ‘new policies can no longer provide benefits for the current and ongoing fires, as travel insurance policies only provide coverage for unforeseen events’. Unfortunately, this group of people will be unable to now buy policies that will provide cancellation cover for the current fires, which are expected to continue over the next month.

For anyone that has already purchased a policy, however, there is the possibility of claiming their money back. As most cancellation-style travel insurance policies include coverage for natural disasters, including fires, these consumers will likely be able to claim on cancellation coverage, Squaremouth notes. That being said, it can be difficult to identify exact cut-off dates due to the multiple fires, so insurance providers may argue that the fires became a foreseen event as far back as October. This will vary from provider to provider.

In addition, Squaremouth asserted: “In order for a traveller to be reimbursed by their policy, their trip must be reasonably impacted or prevented – specifically, their accommodations must be rendered uninhabitable due to the fire damage or evacuation orders, or they must be unable to reach their destination entirely, due to evacuation, an airport closure or smoke in the area, preventing inbound flights.” The travel insurance aggregator warned that simply not wanting to go anymore – even if an individual fears for their safety – isn’t a covered reason to cancel.

For travellers who booked their trip within the last three weeks, Squaremouth notes that this group of people may be able to take advantage of the Cancel for Any Reason upgrade, which is time-sensitive (only being available within 21 days of the first trip booking). Although this option costs 40-per-cent more than a typical cancellation policy and will only reimburse up to 75 per cent of the trip cost, it is only option left available to these individuals who no longer wish to travel to Australia and hope to reimburse at least some of the cost.

As an additional resource, Squaremouth has launched the Australian Wildfire Travel Insurance Information Center to help keep travellers informed about coverage for this event. The webpage also allows users to attain 24/7 emergency assistance information from their provider.

Elsewhere, media outlets and government agencies urge travellers to the country to stay safe and plan their trips responsibly. In a recent update, the British Foreign and Commonwealth office wrote: “Authorities in some regions have declared a State of Emergency and ordered road closures and evacuations. Poor air quality can occur some distance from the sites of the fires and provoke respiratory conditions. If you’re in or near an affected area or planning any travel, stay safe, monitor TV news, radio and social media channels for updates, and follow the instructions and advice of local authorities.”

But travellers who are unable to cancel their trips need not completely despair, as the Executive Director of the Australian Tourism Council, Simon Westaway, asserts that there are still plenty of regions that remain safe. “Sydney, Melbourne, the Gold Coast and the Barrier Reef, as with much of Australia, is in essence unaffected by these fires,” he told news agency CNN, repeating the message put out in Tourism Australia’s general press statement released on Friday 3 January.

“It is more important than ever that we rally around our communities and the tourism sector who may have been impacted,” urged Phillipa Harrison, Managing Director of Tourism Australia. “We would encourage all travellers coming to Australia to seek the most up-to-date information prior to departure and remain informed about changing conditions whilst on the ground.”