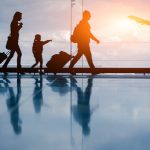 Following the Paris terror attacks in November last year, US-based travel insurance comparison site Squaremouth said that visitor traffic to its site rose by 38 per cent, with policy purchases rising by 17 per cent compared with the same time one year previously. Additionally, searches for ‘terrorism coverage’ grew by 53 per cent, and while the recent attacks in Brussels and Lahore have not led to significant changes like those seen last November, the percentage of site visitors using the ‘terrorism’ search filter has more than doubled compared with the 2015 average.

“We have seen an increase in calls and questions from customers asking about terrorism,” said Rachael Taft, content manager for Squaremouth. “This includes customers who already have policies and want to make sure they understand their coverage, as well as travellers looking to buy a new policy with terrorism coverage.”