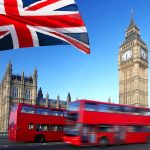 ST. PETERSBURG Fla. August 14, 2018 — On Tuesday, August 14th, a suspected terrorist drove a car into pedestrians outside the House of Parliament in London. At this time, the event is being treated as terrorism, although it is still under investigation. Travelers with upcoming trips to the popular city may be rethinking their plans, but according to leading travel insurance comparison site, Squaremouth, there are two things concerned travelers should do right now.

1. Wait to Cancel Their Trip

As of Tuesday morning, the car crash is suspected to be terrorism, however no official declaration has been made. For this reason, Squaremouth urges travelers who have a travel insurance policy for a trip to London to wait to cancel their trip, as cancellation coverage is likely not available yet.

Travel insurance policies with coverage for terrorism will reimburse travelers who cancel their trip after a terrorist attack occurs at their destination. In order for this benefit to be available, an event must be declared an act of terrorism by the U.S. government and must be tied to a terrorist organization, among other requirements. As of Tuesday morning, neither of these requirements have been met.

London is not only a popular tourist destination, it has also become a popular target for terrorist groups and individuals. As a result, Squaremouth reports a 24% increase in travel insurance policies purchased for travel to the United Kingdom over the past 12 months. The company attributes the rise in purchases to recent attacks in the United Kingdom.

But Squaremouth says now is not the time to buy a travel insurance policy for the recent Parliament crash.