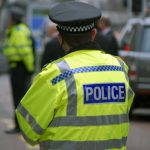 ST. PETERSBURG FL May 23, 2017 — Monday’s bombing at the Manchester Arena in the United Kingdom killed more than 20 people and injured at least 50 others. The attack comes less than one month after the U.S. Department of State issued a travel alert for Europe due to the continued threat of terrorism.

The United Kingdom is one of the top travel destinations for U.S. residents, according to travel insurance comparison site, Squaremouth. In response to this recent attack, Squaremouth is answering travelers’ main questions about terrorism coverage and the Manchester bombing.

Can I Cancel My Trip to Europe?
Following recent attacks in popular tourism destinations, like London and Manchester, travelers are becoming increasingly concerned about cancelling upcoming trips to Europe. Those who already have a travel insurance policy may be covered to cancel an upcoming trip to Europe.

Most travel insurance policies that include terrorism coverage require specific conditions be met before a traveler is covered to cancel their trip:

For this event, a notable requirement is the location of the attack.

“Because of the distance between Manchester and other popular tourist cities, travelers may not be covered to cancel, even if they are traveling to the U.K.,” explains Squaremouth spokesperson Megan Moncrief. “London, for example, is over 100 miles away. ”

Can I Still Buy Terrorism Coverage for a Trip to Europe?
Any travel insurance policy purchased after the Manchester bombing on May 22nd will not include cancellation coverage for that event.

However, the threat level for terrorism in the U.K. remains “severe”, meaning another attack is highly likely. Travelers can still buy a policy to include coverage for a future attack.

Squaremouth launched the Manchester Concert Bombing and Travel Insurance Information Center to keep travelers up-to-date with coverage related to this event. This resource will be updated regularly as information becomes available.