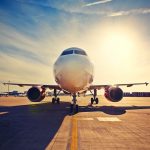 Matt Kepnes, who wrote “How to Travel the World on $50 a Day,” said he follows the news closely enough to have a sense of which airlines have good safety records. “I don’t do much digging beyond that unless it is an airline I haven’t heard of, especially one that doesn’t fly to the U.S. or (European Union), as they have tight airline regulations. Then I look.”

Kepnes said airlines that fly to many countries tend to have a better safety record. He is more cautious about smaller airlines and domestic carriers in countries where he doesn’t trust the safety standards.

“I won’t fly a Russian carrier … they have a history of poor safety and the planes are quite old,” he said. “Indonesia has a spotty safety record, so I don’t like flying their domestic airlines. The same for India.”

“Because there is so much attention placed on dangerous countries or regions, travelers tend to ask questions of safety on the ground rather than how they get there,” he said. He said air travel in the U.S. is so safe that when people ask about a specific airline, it’s usually about creature comforts and not safety records.

“It’s almost as if travelers assume they will arrive safely, but does the airline have lay-flat beds?” he said.

Travel agents frequently recommend buying travel insurance for overseas itineraries in case you are unable to make the trip. However, if you try to cancel because the airline on which you are scheduled to fly has an accident, insurance is unlikely to reimburse you. Cancellations are covered only if the reason is specifically listed in the policy — such as terrorism, a weather event, or illness — said Jenna Hummer of Squaremouth.com , a travel insurance-comparison site.

The exception is for people who buy a “cancel for any reason” policy. However, such policies generally must be bought when you book the trip or soon after, and they typically cost about 40 percent more than standard trip-cancellation insurance, Hummer said.