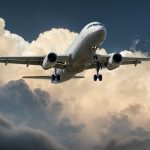 At the end of December last year, following the November 13 Paris terrorist attacks, Squaremouth, an online company that compares travel insurance products, said visitors to its site rose 38%, purchasing 17% more policies versus the similar period the previous year. There also was a 53% increase in “terrorism coverage” searches.

The company hasn’t seen a similar reaction to the Brussels and Lahore bombings. “In terms of overall sales, we have not seen a significant change following the attacks,” said Rachael Taft, Squaremouth’s content manager.

But the percentage of customers using Squaremouth’s “Terrorism” search filter has more than doubled compared
to the average for the past year. “We have seen an increase in calls and questions from customers asking about terrorism. This includes customers who already have policies and want to make sure they understand their coverage, as well as travelers looking to buy a new policy with terrorism coverage,” Taft said.

Squaremouth notes how travel insurance providers generally require the U.S. State Department declare an act of terrorism for coverage to be initiated. The terrorist event must also occur in or near a city on the traveler’s itinerary within a certain amount of days of the traveler’s departure date, typically 7-30 days.

Squaremouth maintains information centers for events that affect travel and travel insurance coverage, like the Brussels terrorist attacks and the Zika virus outbreak.