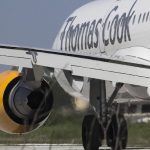 When thousands of travelers around the world found themselves stranded Monday after Thomas Cook, the world’s oldest tour operator, went belly up, it was just the latest example of a travel company’s collapse leaving consumers scrambling. Wow Air failed in March, Primera Air went out of business a year ago and Monarch Airlines collapsed a year before that.

And while the British government was organizing a massive effort to help its citizens find their way home after the Thomas Cook bankruptcy, all business failures are not created equal.

“Unfortunately, the world is a patchwork of laws and regulations when it comes to travel,” Kyle Valenta, executive editor at travel review site Oyster.com, said in an email. “Europe is generally governed by more strident laws that have sought to protect the travel consumer.”

Valenta said that travelers who book a package tour in the United Kingdom, like the kind of trips Thomas Cook specialized in, are probably covered by an Air Travel Organizer’s License, or ATOL. He described it as “essentially a government-run travel insurance fund.” That protection, run by the U.K. Civil Aviation Authority, keeps consumers from losing money or getting stranded overseas if the company they booked a package with goes out of business.

There are similar measures in place throughout the European Union, according to Christian Nielsen, chief legal officer of AirHelp.

“They will cover your expenses and make sure you get home if you are traveling,” Nielsen says.

Valenta said the United States has far fewer protections in place: “Travelers whose flights are canceled are due a refund, according to the Department of Transportation, but that’s about the extent of it.” There are no provisions for the type of effort underway in the U.K. now.

“In the U.S., your best recourse is to buy travel insurance through a reliable vendor like Allianz or AAA, as the laws aren’t nearly as pro-consumer as they are in Europe,” he said in the email.

Many policies include coverage in case of “financial default” of a travel company, according to Steven Benna, a spokesman for travel insurance comparison site Squaremouth. He said in an email that that benefit “can reimburse a traveler for their prepaid and nonrefundable trip costs if their travel provider ceases operations for financial reasons.”