Skip to Content
The 2013 Atlantic hurricane season has proved to be relatively quiet thus far compared to years past, but despite the cooling waters, hurricane season isn’t over. On October 29, 2012, Hurricane Sandy made landfall in New Jersey and has since become known as one of the most infamous storms in history. As the storm approached, […] 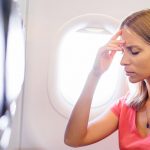