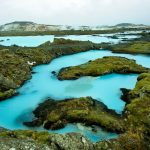 Based on data collected from customer purchases on their website, Squaremouth reveals five predictions for traveler behavior in 2017.

Methodology: Data is based on travel insurance policies purchased through Squaremouth prior to 1/1/17. Statistics reflect year-over-year changes unless otherwise noted.