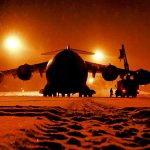 ST. PETERSBURG FL December 8, 2016 — During the busy holiday season, winter weather is not always the first thing on a traveler’s mind. Unfortunately, those who wait until a winter storm is forecasted to affect their trip may be too late to get travel insurance, says leading travel insurance comparison site Squaremouth.

Travel insurance can help travelers when a winter storm causes delays — or worse, prevents them from taking their trip altogether. However, once a winter storm is named, it is too late to buy a policy with coverage for that storm, including delays.

“Travelers may not anticipate bad weather at their home or destination, but winter storms can cause a domino effect, especially during the holidays when flights are at capacity,” said Squaremouth spokesperson Rachael Taft. “According to reports from Squaremouth’s travel insurance providers, inclement weather accounted for a quarter of claims last winter.”

Too Late to Get Travel Insurance for Winter Storm Caly
Winter Storm Caly, which became this winter’s third named storm on Dec. 7, is expected to affect much of the country over the next week.

Those who purchased a policy in advance can be covered for their additional expenses, such as meals and accommodations, during a travel delay due to the storm. Policies can also reimburse their unused, prepaid expenses if the storm prevents them from going on part or all of their trip.

Squaremouth established the Winter Storm Caly and Travel Insurance Information Center to explain coverage for the winter storm. The resource contains FAQs and official provider position statements for the storm.