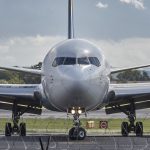 Can people whose flights were canceled when Boeing 737 Max planes were grounded get a claim paid from their travel insurance?

Travel insurance likely will not cover cancellations specifically due to the grounding of Boeing 737 Max 8 and 9 planes. The airlines would have had to say that those specific flights were grounded due to mechanical failure, says Steven Benna of Squaremouth.com, which lets you compare travel insurance policies from 22 providers. (After an Ethiopian Airlines flight crashed shortly after takeoff earlier this month—the second Boeing 737 Max plane to crash in five months—countries around the world grounded the jets.)

However, your insurer may pay a travel insurance claim if the grounding causes other problems. For example, if you have a flight delay that exceeds six hours, a travel-delay benefit could provide coverage for meals and accommodations you paid for during the delay, says Benna.