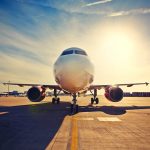 “The United States remains the top destination among our American customers,” said Squaremouth spokesperson Rachael Taft. “However, travel to popular international destinations, including Mexico and Canada, is growing at a much greater rate than domestic travel.”

Of the top 10 destinations for U.S. travelers, only France and Germany experienced slower growth rates than the United States. Overall, the percentage of U.S. residents buying travel insurance policies for domestic trips compared to those buying policies for international trips has decreased for three straight years. The average trip cost for domestic travel, however, is steadily increasing.

The number of Americans searching specifically for Terrorism coverage when purchasing a travel insurance policy for domestic travel more than doubled year-over-year.

Summer remains the most popular season for domestic travel. Squaremouth customers spent more than $11.6 million on domestic trips this summer, nearly totaling the amount they spent on domestic travel during the previous three seasons combined.

Table 2: Domestic Travel During Each Season

Methodology: Data is based on American customers insured on travel insurance policies purchased through Squaremouth prior to 9/15/16. Annual numbers are based on sales between 9/15 of the previous year and 9/15 of that year. Statistics reflect year-over-year changes unless otherwise noted.