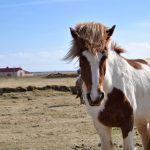 “The number of U.S. travelers buying travel insurance for trips to Cuba more than doubled this year,” said Squaremouth spokesperson Rachael Taft. “Overall, we’ve seen alternative destinations grow at a much faster rate than traditionally popular destinations like France and the United States.”

Travel to Fastest-Growing Destinations Becomes More Affordable
Travel became more affordable for many of the 10 fastest-growing destinations in 2016.

Methodology: Data is based on the top 30 destinations for American customers insured on travel insurance policies purchased through Squaremouth prior to Nov. 10 of the respective year. Travelers who are visiting multiple countries only have to enter one destination when purchasing a policy on Squaremouth.com.