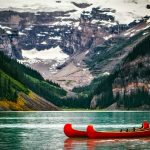 ST. PETERSBURG, FL DECEMBER 28, 2016 — Health and safety concerns were at the forefront of travelers’ minds this year. Rather than avoiding travel, more Americans opted to protect their trips, according to leading travel insurance comparison site Squaremouth, which reported an 18% increase in the number of insured travelers from the previous year.

“Over the past year, we saw the impact of concerns about terrorism and Zika virus on traveler behavior, but we did not see Americans stop traveling,” said Squaremouth spokesperson Rachael Taft. “More Americans sought travel insurance for their trips in 2016, and many chose to visit destinations closer to home.”

Where did Americans travel in 2016?

Growth in Number of U.S. Travelers to Top 10 Destinations

What were travelers concerned about in 2016?

Terrorism a Top Concern for Travelers

How much did Americans spend on travel in 2016?

Methodology: Data is based on travel insurance policies purchased through Squaremouth prior to 12/16/16/ Annual numbers are based on policies that were purchased before 12/16 with travel dates during each respective year. Statistics reflect year-over-year changes unless otherwise noted. Travelers who are visiting multiple countries only have to enter one destination when purchasing a policy on Squaremouth.com.