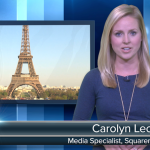 “Terrorism is still a major concern for travelers, especially those going to Europe,” said Squaremouth spokesperson Rachael Taft. “While our customers continue to visit Europe in large numbers, France has experienced the slowest growth of any top destination over the past year.”

The terrorist attacks in Paris sparked immediate concern for travelers. The number of customers purchasing travel insurance using Squaremouth’s “Terrorism” filter — which narrows search results to only show policies with Terrorism coverage — jumped 126% in the two-week period after the attacks.

In the year following the Paris attacks, the percentage of travelers searching specifically for Terrorism coverage has more than doubled. 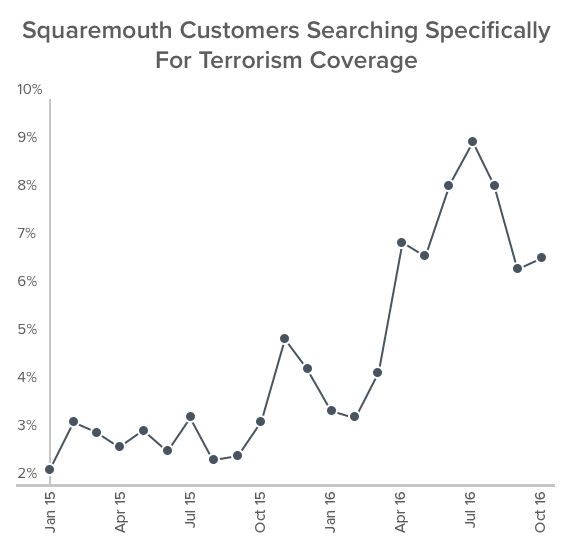 While overall demand for Terrorism coverage has doubled, regardless of destination, American travelers taking trips to popular European destinations are showing the greatest surge in interest.

Methodology: Annual numbers are based on sales through Squaremouth between 10/31 of the previous year and 10/31 of that year and reflect year-over-year changes, unless otherwise noted. Travelers who are visiting multiple countries only have to enter one destination when purchasing a policy on Squaremouth.com.

Search and compare 92 travel insurance policies to find the best coverage for your trip for the lowest price.