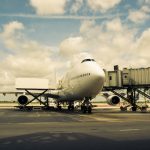 ST. PETERSBURG FL April 14, 2017 — An increase in terrorist attacks in popular destinations has led to concern among travelers visiting these locations. Over the past three years, the number of travel insurance policies purchased with Terrorism coverage has nearly quadrupled, according to sales data from leading travel insurance comparison site, Squaremouth.

More Than 1 in 10 Travelers Search for Terrorism Coverage

The number of travelers searching for Terrorism coverage on Squaremouth.com has increased each year since 2012.

American travelers with trips planned to Squaremouth’s top 10 destinations have shown heightened interest in Terrorism coverage over the past three years.

When Are Travelers Covered by the Terrorism Benefit?

The Terrorism benefit provides cancellation coverage if a traveler is unable to take their trip due to a terrorist attack at their destination.

In order for a traveler to be covered to cancel a trip due to terrorism, the attack must meet the following requirements: