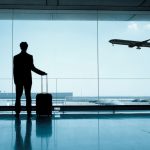 ST. PETERSBURG, FL September 20, 2016 — The threat of terrorism remains at the top of mind for many travelers this year, with the number of total searches for travel insurance with Terrorism coverage up 136% over last year, according to leading travel insurance comparison site Squaremouth.

A recent Squaremouth report shows the percentage of customers purchasing travel insurance using the site’s “Terrorism” filter — which allows travelers to narrow their search results to show only policies that include Terrorism coverage — has nearly tripled. As interest in Terrorism coverage continues to surge, it’s important for travelers to understand the requirements.

“Fear of terrorism, or the speculation of a potential attack, is not enough to trigger cancellation coverage,” said Squaremouth spokesperson Rachael Taft. “However, if a terrorist attack occurs at your destination shortly before your trip, you may be covered to cancel if your travel insurance policy includes Terrorism coverage.”

Before any specific requirements come into play, the incident must first be deemed an act of terrorism by the U.S. Department of State to qualify for Terrorism coverage. Most policies also require the following requirements be met to cancel your trip due to terrorism:

What about Cancel For Any Reason? Travelers who upgraded their policy to include this benefit can cancel their trip if they’re afraid to travel due to the increased risk of terrorism, but there are some limitations. With this coverage, you must cancel at least 2-3 days before you’re scheduled to leave, and you will only be reimbursed a portion of your trip cost, typically 50-75%.

“There is a common misconception that if an attack happens, then you can’t get travel insurance for a future trip to that destination,” Taft said. “While you can’t buy coverage for an attack that already occurred, most policies will still provide coverage if another attack happens in the future.”

There are some policies that will not cover a terrorist attack if another attack has occurred in the same destination within a certain period, usually the past 30-90 days. Travelers who are concerned about terrorism affecting their trip can use a travel insurance aggregator like Squaremouth to compare policies and find the right coverage.

“Customers often call us to talk through the different options and to make sure they understand the coverage they’re getting,” said Squaremouth Director of Customer Service Jessica Harvey. “Each policy has its own requirements for Terrorism coverage, and we can point out any differences.”